History of the League

History of the League

What is the History of the League of

This Speech was prepared by Katy Watkins, a member of the League of Women Voters Palos Verdes Peninsula/San Pedro for the Peninsula Library Suffragette Parade scheduled for March 14, 2020 in celebration of the 100th Anniversary of the Founding of the League of Women Voters and the 19th Amendment of 1920. Unfortunately, due to the Covid-19 Pandemic, the celebration was cancelled.

We the League of Women Voters Palos Verdes Peninsula/San Pedro are very pleased to be a part of the one hundredth Anniversary of the Suffragette movement in the United States.

Not coincidentally, the League of Women Voters is also celebrating their Centennial.

The League of Women Voters is a non-profit, non-partisan organization that works to promote good government, citizen education and citizen participation. Do not let the work Women put you off if you are a Man. We have many male members across the nation.

While the League does take positions on issues we have studied, it neither supports nor opposes any individual candidate, elected official, or political party.

On February 14, 1920, in the city of Chicago, the National League of Women Voters was formally established, as the outgrowth of the movement to give women the right to vote. This was six month before women won the right to vote with the ratification of the 19th Amendment to the United States constitution. That amendment was ratified after a 57-year struggle.

At that time, the League was characterized as a "mighty political experiment" designed to help 20 million women carry out their new responsibilities as voters. It encouraged them to use their new power to participate in shaping public policy.

Carrie Chapman Catt is generally credited as being the founder of the League. In April 1919,when she first talked of how she envisioned the League, she wrote, "The politicians used to ask why we wanted to vote. They seemed to think we want to do something particular with it, something we were not telling about. They did not understand that women wanted to help improve the general welfare of the people."

To support this new segment of the electorate, the League set up "citizenship schools" to offer women lessons about civics and voting, including such basic instructions as how to mark a ballot.

The League has indeed helped improve the general welfare of the people. Some of the League's earliest causes included support for child labor laws, minimum wage, compulsory education and equal opportunity for women. Some of these issues affected the creation of laws that are still in force today.

A brief review of some other issues in which the League took a leadership role reads like a historical summary of our nation. The League has been involved in environmental issues, the fight against poverty and discrimination, the civil rights movement, reproductive freedom, health care reform and has become a major advocate for campaign finance reform.

Locally, our League, under our stated goal of voter education, conducts candidate forums and presents Pros and Cons of ballot initiatives. You may have attended one of these events.

The forums are conducted under strict rules the League has set to allow a civilized presentation of each candidiate's views and goals without impugning the character of their opponents.

For the Pros and cons presentations, the members of our speakers' bureau study each ballot initiative by accessing the Secretary of State's website and other sources. We have access to information on which organizations or citizens have contributed funds to ech side of the debate. We do not ever inser our own opinions in these presentations.

We also set up voter registration tables at community gatherings.

We are an orgnization of diverse races, gender, ethnicity and political opinions. Given that, we come together with civility to gather in consensus to reach out to our communities. 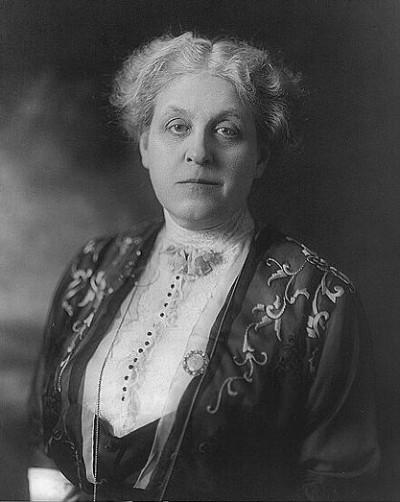 In her address to the National American Woman Suffrage Association's (NAWSA) 50th convention in St. Louis, Missouri, President Carrie Chapman Catt proposed the creation of a "league of women voters to finish the fight and aid in the reconstruction of the nation." Women Voters was formed within the NAWSA, composed of the organizations in the states where suffrage had already been attained. The next year, on February 14, 1920 - six months before the 19th amendment to the Constitution was ratified - the League was formally organized in Chicago as the national League of Women Voters. Catt described the purpose of the new organization:

The League of Women Voters is not to dissolve any present organization but to unite all existing organizations of women who believe in its principles. It is not to lure women from partisanship but to combine them in an effort for legislation which will protect coming movements, which we cannot even foretell, from suffering the untoward conditions which have hindered for so long the coming of equal suffrage. Are the women of the United States big enough to see their opportunity?

Maud Wood Park became the first national president of the League and thus the first League leader to rise to the challenge. She had steered the women's suffrage amendment through Congress in the last two years before ratification and liked nothing better than legislative work. From the very beginning, however, it was apparent that the legislative goals of the League were not exclusively focused on women's issues and that citizen education aimed at all of the electorate was in order.

Since its inception, the League has helped millions of women and men become informed participants in government. In fact, the first league convention voted 69 separate items as statements of principle and recommendations for legislation. Among them were protection for women and children, right of working women, food supply and demand, social hygiene, the legal status of women, and American citizenship.The League's first major national legislative success was the passage of the Sheppard-Towner Act providing federal aid for maternal and child care programs. In the 1930's, League members worked successfully for enactment of the Social Security and Food and Drug Acts. Due at least in part to League efforts, legislation passed in 1938 and 1940 removed hundreds of federal jobs from the spoils system and placed them under Civil Service.

See the History section of the League of Women Voters of the US website. 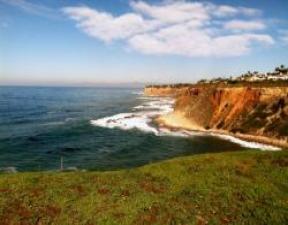 Acting as a force to create positive, lasting change in our communities

The Palos Verdes Peninsula League of Women Voters was established in 1956, a time when there was still much open land to be developed. A decade later population had grown from 6,505 in 1953 to 54,000 in 1967 with the development of mostly single family homes. It was clear that developers were turning their interest from building single-family homes to multiple dwellings. League members, along with other community activists, were concerned about the proposed development impacting their life style and their tax base.

The "City Council" of the Peninsula at the time was the Board of Supervisors and their philosophy was that a developer had "the right to develop his land to its highest and best use." League members and other peninsula residents, concerned about overdevelopment, did not agree and in 1967, following research of the issues, published "The Time Is Now," urging community support of low density development in unincorporated areas. On December 1969, with significant League member involvement, SOC (Save Our Coastline) was formed, representing a community wide effort to promote incorporation as a means to preserve low density and open space. On April 22, 1970, the Local Agency Formation Commission approved the formation of the 4th city which was to be known as Rancho Palos Verdes.

Twenty-four candidates ran for the first City Council and the election was certified on Sept. 7, 1973. League member, Marilyn Ryan, served as the first mayor of Rancho Palos Verdes and subsequently served in the State Assembly.

Another focus for League members in the late seventies was the need for an organization that would assist seniors living on the peninsula. The original impetus for "Peninsula Seniors " was provided by the local League of Women Voters in 1978, when a member became ill and it was found that there were no resources available to assist her.

The League formed a committee, headed by Edith Mayerson and Tres Mennis, to study what services were needed and where they could be found. A questionnaire was prepared, with input from one hundred and twenty volunteers from the League, the Coordinating Council, American Association of University Women (AAUW) and the Community Association of the Peninsula (CAP). Volunteers then conducted the survey. Many organizations on the Peninsula gave both time and effort to assist the newly forming organization. Volunteers were then organized to prepare a directory of services available to seniors. Throughout all this activity, the League of Women Voters was providing both financing and office space. All were very proud when on September 20, 1982, Peninsula Seniors was incorporated as a non-profit, tax-exempt 501(c)3 organization.

Since 1983, the Peninsula Seniors has been on its own financially. Although their location has changed several times over the years, they can presently be found on the Rancho Palos Verdes city hall site.

A history of the League is hard to encapsulate in a few short paragraphs but it is clear that as a result of significant member involvement in local government over the years, members have gained an understanding of how our government works and how to get things done. League members have served on the City Council of all four cities, on our local School Board and Library Board, as City Clerk for Palos Verdes Estates and as Executive Director of the Volunteer Center of the South Bay.

Our Voter Service activities are well recognized as they provide a significant opportunity for local candidates to present their points of view to the community at our Candidate Forums. Members also present pros and cons on the ballot measures to various organizations throughout the peninsula and in San Pedro as well. Members are currently involved in a three year study of Public Higher Education in California and in the coming months will be studying the influence of money in politics through a national study. Advocacy on behalf of positions developed after study and consensus is also an important part of our program.

Our members are women and men who make a visible difference. They serve as community leaders that are using their experience to make democracy work and create lasting change in the communities in which they live.

Note: Grateful thanks to Ann Shaw for detail provided on early League activities.